dYdX To Deploy Own Blockchain On Cosmos

Derivatives Exchange dYdX Plans To Move Away From Ethereum And Develop Its Own Cosmos-based Blockchain For Its V4 Iteration.

But that’s exactly what’s in the works as derivatives-focused decentralized exchange dYdX has released plans to develop its own blockchain.

dYdX chain will be built using the Cosmos SDK and Tendermint Proof-of-Stake consensus protocol. These technologies are part of the Cosmos ecosystem, an interconnected system of application-specific blockchains. The new chain will be released to support dYdX’s fourth iteration (V4).

The announcement post cited the protocol’s DYDX token as “the most natural fit for use as the L1 token of dYdX V4.” This means that validators will need to stake the token, which was airdropped last September, to secure the network under a proof-of-stake consensus mechanism. In addition, transaction fees on the new chain would be payable in DYDX tokens. 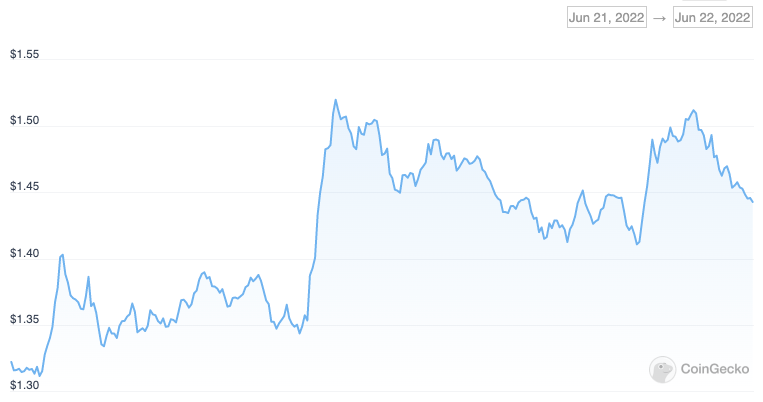 “It’s a good tech move, but it’s not a great usage move because lots more users and assets live [in] the Ethereum ecosystem than Cosmos,” investor and writer Danger told The Defiant.

The protocol’s previous iterations have been on either Ethereum’s mainnet or more recently on a Starkware-based Layer 2 solution. dYdX is the largest decentralized derivatives trading platform with over $700M in Total Value Locked (TVL), according to Defi Llama.

The protocol’s announcement comes as a distinct move away from the Ethereum ecosystem considering that Starkware, too, is built on top of Ethereum. Now, dYdX is going a more independent route with its own blockchain.

‘Not Close To Performant Enough’

dYdX cited performance and centralization concerns about Ethereum L2s as one of the reasons for the move. This undoubtedly comes as a blow to StarkWare, as dYdX is currently the largest protocol utilizing its infrastructure.

dYdX outlined plans in January to fully decentralize in 2022. The project’s blog post emphasized that using the Cosmos SDK to spin up its own blockchain is what will allow the project to fulfill that goal.

With $610M of trading volume in the last 24 hours as of June 22, dYdX is the number two decentralized exchange (DEX) according to CoinMarketCap. Uniswap is number one having processed just over $1B of value on the day.

dYdX has always targeted centralized exchanges as their main competition — in their move to develop their own chain, the team behind the project appears to know they’re taking a risk.

“Developing a decentralized, off-chain orderbook and matching engine and moving from Ethereum to a dYdX-specific chain as a major DeFi protocol is very much untested,” reads the dYdX V4 blog post. “But we believe this gives dYdX the best shot at developing a network that could offer a long term competitive product experience with centralized exchanges.”

Other DeFi projects have tried to establish their own chain. Notably, lending platform Compound announced plans to do so in December 2020. According to Shane Vitarana, the co-founder of Stargaze, a blockchain for NFTs in the Cosmos ecosystem, Compound’s plans sputtered because they chose Polkadot Substrate, another technology which aims to connect many independent blockchains.

The cards are on the table for dYdX to develop its own chain. However, it remains to be seen what the move will do for the project’s long term viability as well as for the DYDX token.